Life Safety Educator of the Year

CONGRATULATIONS to retired Battalion Chief Jim Resnick who was selected as the 2015 Mid-Atlantic Life Safety Educator of the Year.

This very prestigious award was presented by Maryland Fire Marshal Brian Geraci and Maryland Secretary of State Police William Pallozzi yesterday during the annual Mid-Atlantic Life Safety Conference hosted at the Johns Hopkins Applied Physics Lab in recognition of his leadership and outstanding and distinguished work in the area of public safety.

Known for his passion and enthusiasm for public education, Jim’s desire to help others began at a young age. Growing up, he lived near busy River Road which was frequently the site of vehicle collisions. Jim kept a metal toolbox stuffed with bandages and first aid supplies on his bike so he could rush to the aid of the injured. In middle school, he was first to sign up after an announcement offering First Aid Training by the Red Cross and the rest is, as they say, history. Jim joined the Bethesda-Chevy Chase Rescue Squad in 1976 on the first day he was eligible at age 17 ½ years old and continues as an active volunteer there today.

Jim's leadership, personal integrity, energy and commitment to the residents of Montgomery County and the State of Maryland have been the hallmarks of a distinguished career and a lifelong commitment to public service. Jim's drive and passion to help others spans over 40 years as both a career and volunteer firefighter and paramedic. Most recently, Jim has been leading MCFRS Community Outreach and Risk Reduction efforts in Senior Outreach where he has been known to chase down senior citizens to talk about the importance of working smoke alarms and the department's free home safety check program. He has collaborated with dozens of County agencies and departments to develop innovative programs to reach those residents at greatest risk and ensures that first responders are trained on the unique skillsets needed when working with an aging population.

Jim has been a determined champion of fire safety, injury prevention and education since those early days “responding” on his bike. MCFRS congratulates Jim on this outstanding achievement and very special honor! Jim's wife and his 94-year-old father surprised him and were in the audience during the award presentation. In talking to Jim after receiving the award – he was speechless – and those that know Jim know that is quite a feat! 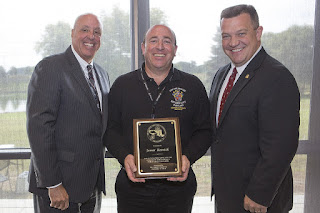 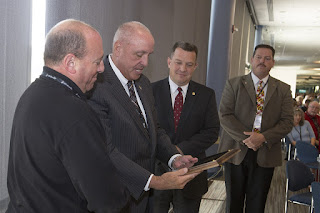 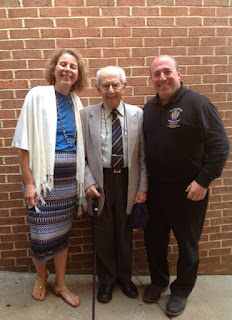 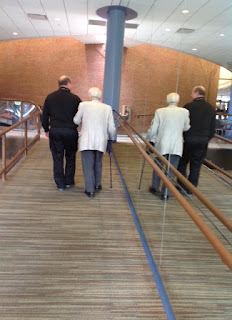 Posted by MCFRS Community Outreach at 5:16 PM No comments:

News You Can Use: New Driving Laws take effect Saturday

Maryland has several new driving laws on the books that take effect on Saturday, October 1. Among them is one that focuses on impaired driving; another requires proof of insurance.

The Drunk Driving Reduction Act of 2016, also known as Noah’s Law, mandates the use of an ignition interlock for those convicted of drunk driving and significantly increases administrative driver’s license suspension periods. Noah’s Law was named in honor of Montgomery County Police Officer Noah A. Leotta, who was struck by a drunk driver while pulling over another suspected drunk driver during a holiday patrol. Tragically, he died a few days later as a result of his injuries. 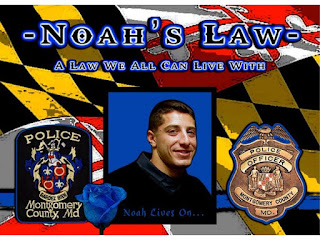 For additional information on these and other laws going into effect on Saturday: News Release

Posted by MCFRS Community Outreach at 5:16 PM No comments:

Many were on hand as Wheaton Volunteer Rescue Squad (WVRS) officially dedicated Rescue Squad 742 and put the unit in service following today's 1:00 p.m. ceremony. Rescue Squad 742 will provide vital emergency services to the residents and businesses of the Wheaton community and Montgomery County. The Rescue Squad will respond to incidents that range from structural fires, vehicle extrication's, technical rescues and other types of complex, emergency incidents that require the technical services and advanced capabilities provided by specialized heavy rescue squads.

The Rescue Squad replaces a vehicle with over two decades of service and 192,000 miles logged. Purchased with support from community donations and grants, Rescue Squad 742 is one of the most advanced vehicles of its type in the region. The truck was custom build and features three winches, a 9,000 watt light tower and extrication tools powered by dual hydraulic generators.

WVRS is located in the heart of the growing, thriving, multicultural community of Wheaton and responds to over 11,000 emergency calls annually in partnership with the Montgomery County Fire and Rescue Service. The WVRS has served the community since 1955 through generous donations of its neighbors and the surrounding community. Visit: www.wvrs.org for more information. 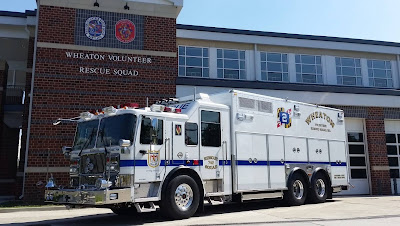 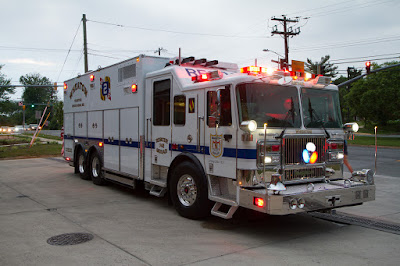 Posted by MCFRS Community Outreach at 1:23 PM No comments:

Montgomery County Fire and Rescue was honored to have Jim Resnick invited to attend and present at the Alabama Association of Fire Chiefs Leadership Conference on Fire Prevention and Community Risk Reduction this week.

Jim presented to over 100 Fire Chiefs and other fire service leaders from across Alabama. He outlined the proactive Community Risk Reduction strategies, initiatives and educational programs that are having big impact in Montgomery County and resulting in a safer, resilient and engaged community. While Community Risk Reduction is a growing concept in many fire departments, Fire Chief Scott Goldstein ensures it's a tactical priority and part of each morning's roll call. 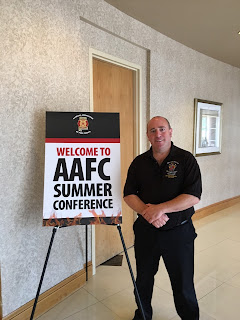 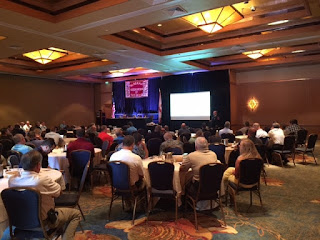 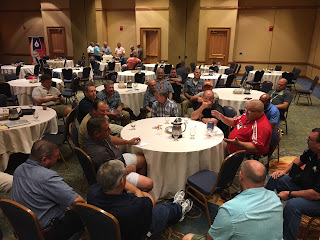 Posted by MCFRS Community Outreach at 4:34 PM No comments:


Every 33 seconds, a child under 13 is involved in a crash. That's a terrifying statistic and one that demands immediate attention. Although highly preventable, motor vehicle crashes are a leading cause of death for children ages 1 to 13. Proper use of car seats, booster seats and seat belts has the potential to reduce these deaths, as well as many more injuries.

Posted by MCFRS Community Outreach at 11:08 AM No comments:

Get a front row seat to a live demo that will demonstrate the power of residential fire sprinklers when two identical rooms are side-by-side and put to the test. 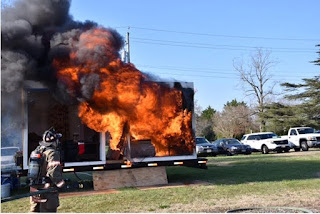 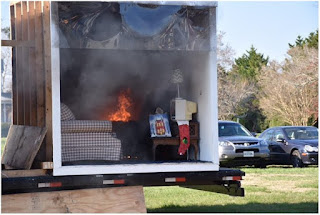 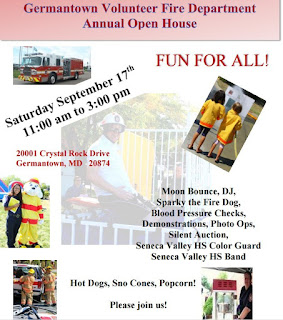 Posted by MCFRS Community Outreach at 5:02 PM No comments:

You're invited! The Bethesda-Chevy Chase Rescue Squad will hold its free annual Open House, “Rescue Day 2016,” on Saturday, October 1, from 11:00 a.m. to 4:00 p.m.  Rescue Day 2016 is being held in conjunction with the Taste of Bethesda, the outdoor food festival held just two blocks away in Bethesda's restaurant district.

Fire and Rescue Activities and Displays for All Ages

Rescue Day 2016 will feature fire and rescue activities, education and displays for all ages, including tours of the station; live demonstrations of emergency medical, rescue, and firefighting equipment; free kids’ firefighter hats; a moon bounce; and more.  The Rescue Squad’s most advanced firefighting and rescue equipment, including emergency vehicles, will be on display.

A special visit by a helicopter used to transport critically injured patients to area hospitals when time is truly of the essence is planned. Visitors will get an up-close view of the helicopter and have the opportunity to meet the flight medics.  (Because the helicopter may need to respond to emergencies throughout the day, its appearance at our event is subject to change.)

Step back in history and check out “Rescue 15” which is the Squad’s sleek 1972 Cadillac ambulance. The last Cadillac to serve in the Squad’s fleet, “Rescue 15” now serves in a ceremonial function at Squad open houses, parades, and other events and has become a favorite of kids and families.

Learn what it takes to be a first responder, all about volunteer opportunities with the Squad and the free training provided to become EMTs, Firefighters and Paramedics. 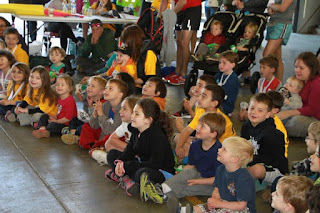 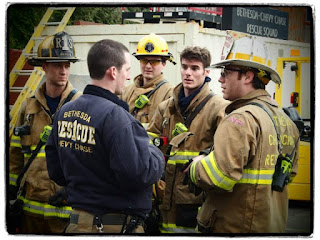 Posted by MCFRS Community Outreach at 7:44 AM

September is National Preparedness Month
In recent years, devastating earthquakes, tornadoes, winter storms, floods and wildfires have highlighted the need for Americans to prepare for natural disasters. However, according to the Federal Emergency Management Agency (FEMA), over half of Americans have not discussed or developed a family emergency plan.

Do you have a plan in place for your family? Does everyone know where to meet, how family members will communicate following an emergency or disaster and how you’ll stay informed? Your ability to recover from an emergency tomorrow could depend on your planning and preparation today! Don't wait.

Take a minute, talk to family members, make sure your kids know important phone numbers and include seniors and any family members that require assistance in your plan.
Get started at www.ready.gov/make-a-plan

Posted by MCFRS Community Outreach at 2:36 PM No comments:

Emilie Crown was honored this week with the Fire Safety Commendation Award from the Sons of the American Revolution’s General William Smallwood Chapter in Montgomery County.

The prestigious Fire Safety Commendation Award is given to an individual for accomplishments and/or outstanding contributions in an area of fire safety and service. Emilie has been involved with public safety and community service for the past 37 years in Montgomery County, first as an emergency nurse and now in injury prevention with Montgomery County Fire Rescue’s nationally recognized car seat program and Safe Kids Montgomery County. Emilie's hard work and tireless efforts have been instrumental in saving countless lives. The Honorable Marc Elrich from the Montgomery County Council also spoke at the ceremony. 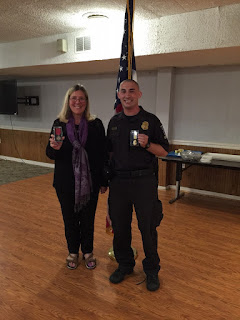 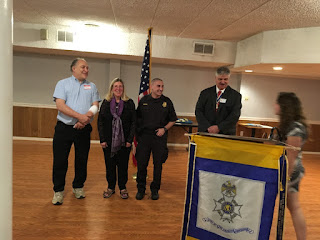 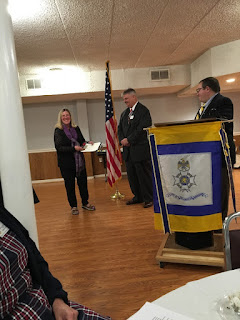 Posted by MCFRS Community Outreach at 10:16 AM No comments: