Just before 1 AM on Monday, December 22nd fire and rescue units were dispatched to the 2200 block of Kings House Rd. for the report of flames coming from the house. Units from Burtonsville Fire Station 15 arrived on the scene and confirmed heavy fire from the structure.

The occupants of the house were safely outside the home upon MCFRS arrival and indicated that they were awakened by the smoke alarms sounding thus allowing time to exit the burning home. Working smoke alarms save lives!

Due to the heavy fire conditions firefighters requested a 2nd Alarm to assist.  At some point during fire suppression operations a Mayday was declared because a firefighter had fallen through a hole on the first floor into the basement. The firefighter was quickly located, rescued and evaluated and suffered no significant injury with no transportation to the hospital required.


Approximately 75 firefighters responded to the scene and brought the fire under control.  The fire is believed to have originated in the basement with the cause currently listed as undetermined.  Two adults were displaced and one cat is currently unaccounted for.  Damages were estimated at $600K to the structure and $200K to the contents of the home.


After the fire had been extinguished a high pressure pipe, below ground under a fire hydrant, broke and began leaking in the 14900 block of Peach Orchard Rd.  WSSC was contacted and responded to the scene to address. 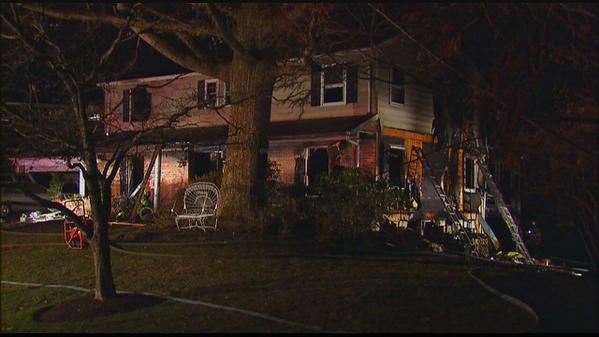 Posted by Anonymous at 5:25 PM