At approximately 10 pm on Saturday, February 27, MCFRS Units were initially dispatched for a 'automatic alarm', at 1705 East West Highway, however the call was upgraded as additional calls were received reporting smoke and as first units arrived with smoke showing at Summit Hills Apartments in Silver Spring.

Units arriving on scene reported smoke showing from a seventh floor apartment. Firefighters made their way to the seventh floor, where they encountered heavy smoke conditions. Once they gained entry into the apartment, and found heavy fire involvement throughout the apartment. The fire was quickly knocked down and extinguished, but not after causing significant damage. The fire was contained to the apartment of origin in this seven-story building.  Fire Investigators indicate the fire severely damaged contents of the apartment and the furniture in the area of the origin was nearly completely consumed.

Currently, the fire is listed as undetermined and under investigation.

Approximately 11 apartments were damaged by smoke, heat or water. Four people were assisted by Red Cross. There were no injuries to Fire/Rescue personnel or civilians. More than 65 fire fighters were on the scene, including several from PGFD.

Damages were estimated to be: 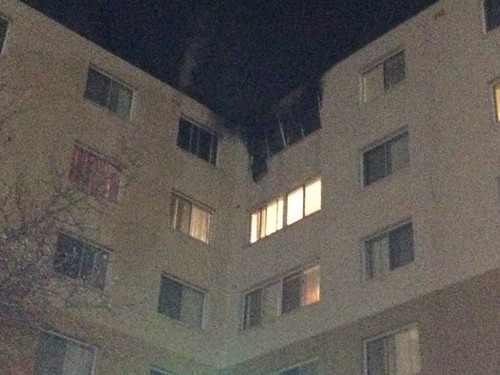 Posted by Anonymous at 9:22 AM