At approximately 12:30 p.m., units were dispatched to the 12800 block of Clopper Road in Germantown for a reported brush fire. Units arrived on scene to find an active brush fire which was started by an overhead power line on fire dropping down onto the grass.

A total of three engines and two brush trucks worked for approximately one and a half hours to contain and extinguish approximately three acres of grass fire.

There were no structures in any danger. No injuries were reported and there was no financial loss as a result of this fire. Photos below: 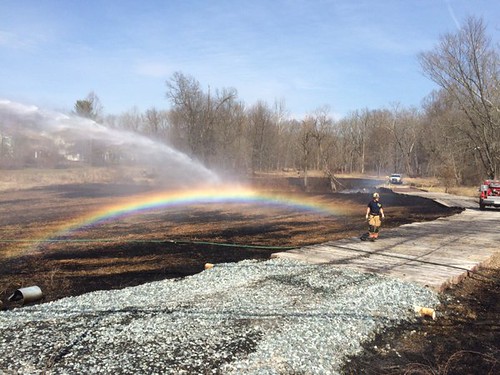 Shortly after 5 p.m. units were dispatched to the 21300 block of Big Woods Road in the Beallsville area of the County for a reported brush fire.

Arriving units found an approximately five to seven acre wild fire burning in the woods and field with one home in close proximity to the fire.

The fire apparently started when a 'controlled' burn got out of control and ignited surround trees and brush. No financial loss reported as the home in close proximity to the fire was saved and no damage was suffered.

More video and photos from the fire are below. 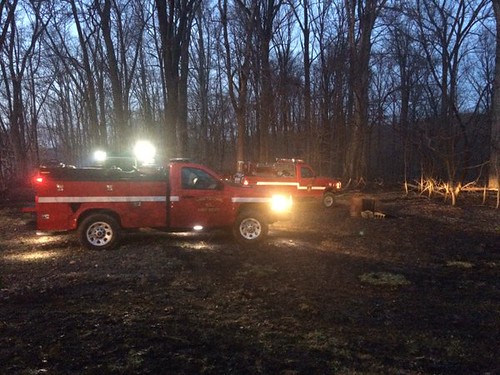 Posted by Anonymous at 8:56 AM