The officers and members of KVFD would like to thank the entire Kensington community for their help in raising the funds needed to make this purchase happen.

A705 is a 2016 Road Rescue built on a 2016 Freightliner M2 chassis, it comes with standard BLS outfitting and a Cool Bar HVAC system.  This unit will greatly help in responding to over 2700 ALS/BLS calls annually out of station 5 in Kensington.

Photos from the event below. 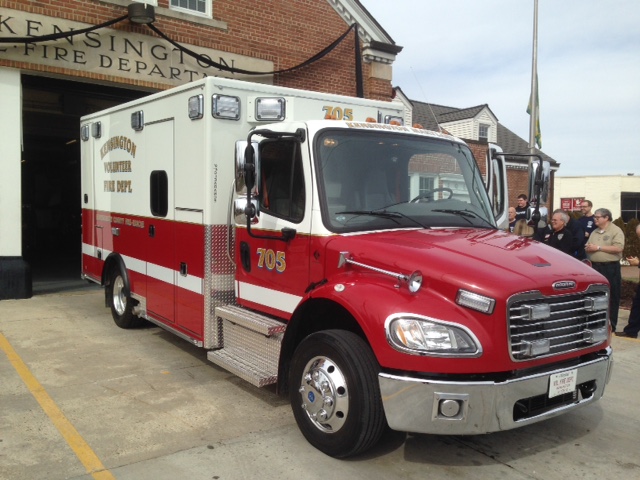 Posted by Anonymous at 7:56 AM